“The torus is a multidimensional geometric figure that lies at the heart of all space-time. The torus demonstrates the universal laws of energy dynamics based on torque and spiralling forces. At one end of the torus is the black hole, representing the yin pole that sucks, contracts and enfolds all energy and matter into itself. At the other end of the torus is the white hole, representing the yang pole that releases, creates and expands all energy and matter outwards to create space-time itself. The torus is a magnificent figure that unites centrifugal and centripetal forces, bringing implosive and explosive dynamics into the same system. Within human DNA, the torus at the heart of all being is directly experienced through the state of enlightenment, which unites stillness (the black hole) with bliss (the white hole).”
– Richard Rudd 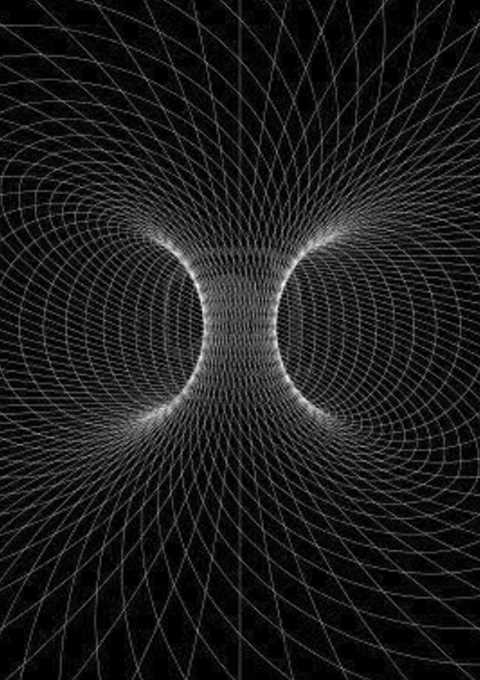 Noetic: 1) relating to mental activity or the intellect: the noetic quality of a mystical experience refers to the sense of revelation.
Noetic quality: intuitive knowledge of ultimate reality

At the point of transcendence, when the final veil is truly lifted/parted/pierced, the waking, conscious self has been effectively shut down or has been rendered incapable of identifying with anything, since it was the veils themselves that formed much of the conscious self-identifier. The veils were the actual material/layers of the ego. They represent the content of anything perceptible, even if it’s unconscious. Beyond the final veil, the perceiver is no longer apart from anything that can be perceived.

Apparently this territory can be mapped, either by hypothetical description or direct acquaintance. However, the direct encounter with what-is-beyond can not be described purely, since the act of describing must be done by the conscious self. In other words, it is purely indescribable, or ineffable. The description/transmission of the experience, then, is filtered by the veils, and therefore possesses an intrinsic opaqueness, colourful and vibrant as “effing the ineffable” can nevertheless be.

Mapping the territory of what-is-beyond––the Source-scape––results in a cartography of the psyche (with all its transpersonal dimensions) and/or a study of the phenomenology of consciousness itself. That territory can only be charted experientially. However, pure consciousness is itself the entirety of experience. Again, at transcendence, the experiencer and the experienced meld into all experience; the drop becomes the ocean but the whole ocean was already in the drop. This makes the experience definitively without description. So even though it defies description, with the cognitive faculties of interpretation, we can acknowledge the encounter, we can understand it as knowledge by description. This makes narrating that which is exclusively experiential inherently and irrevocably referential. The best descriptors possess and evoke a noetic quality. Metaphors become important.

In other words, we can’t put an effing word to the ineffable, but we can effing well try!

“I had a whiteout and I don’t remember anything”

White-out: 3) a loss of colour vision due to rapid acceleration, often prior to a loss of consciousness

Blackout: 1) a temporary loss of consciousness: she was suffering from blackouts

With a 5 experience, there are less reliable descriptors of the ‘what-is-beyond’ than what precedes it. If what-is-beyond is transcendence, this suggests that there are many qualities in the actual process of transcending. With the perspective of the torus, there are two poles from and into which the experiencer merges into or emerges from the centre: the white-out or the void. Again, anything that can be described is typically the experience that comes before or directly after a loss of consciousness, pre- and post- event horizon.

The qualities associated with either of these are varied. My practice in experientially and anecdotally documenting this experience reveals that 1) the void is often associated with stillness, nothingness, inertia, remoteness, emptiness, absentia, and silence; 2) the white-out can be associated with everything-ness, a sense of all-at-once, fullness, plenitude, super-completion, totality, or bliss/rapture/ecstasy. Between the poles and the centre is an entire spectrum of experience. The entirety make up the penumbral phenomena of the absolute.

ecstasy: 2) an emotional or religious frenzy or trance-like state, originally one involving an experience of mystic self-transcendence.
via late Latin from Greek ekstasis ‘standing outside oneself’

ekstasis: (mysticism, philosophy) The state of being beside oneself or rapt out of oneself.

So, the experience of the white-out may be ascendant and blissful, associated with feelings we may deem positive and desired, even coveted. Whereas the void may be dark and abysmal, associated with feelings we deem negative and abhorrent. Either way, the full release is an ‘-out’ that is preceded by white or black. Thus, the Source of all polarity is fully revealed and the skin-encapsulated ego has a transient cessation of perceived dualism.

.. “falling into the Pit of the Void.” It entails an authentic and irreversible insight into Emptiness and No Self. What makes it problematic is that the person interprets it as a bad trip. Instead of being empowering and fulfilling, the way Buddhist literature claims it will be, it turns into the opposite. In a sense, it’s Enlightenment’s Evil Twin.”
– Shinzen Young

It’s naturally difficult to encounter equanimity between poles. Yet that is what is at the centre of the torus. The pathway to the centre of the torus has a multitude of entry-points. These entry points are multidimensional portals that enter into (or reveal) Source in conditioned ways. These conditions are what determine the quality of our experience into the source of all experience, the ever-presence. This in part explains the wide variety of described experience.

The “white-out” may be an entry point through which a “skin-encapsulated ego” transcends the last veils (the ‘skin’ of self). Equally, the ego’s portal may be through the void. Both poles are precursors to the centre of all flow. As such, all experiences leading up to that direct exposure to the centre are personal and therefore relative. The direct exposure of Source is innately impersonal and therefore absolute.

There is even the application of the Mystical Experience Questionnaire fashioned by clinical/academic researchers, attempting to quantify the degree of mystical experience so as to determine the most significant use of psychedelics. And yet, the relative/absolute or subjective/objective binaries are the same. The relative is fully released when the absolute is actually revealed.

Now, how can a release be full? A release of what?

More to come on that….

you may
also want
to read…

To talk about interventions, we must come to an understanding of what it means to intervene in general before we progress to talking about interventions in the specific context of 5. Five facilitation, as with many modalities that induce or provoke expanded states of...

END_OF_DOCUMENT_TOKEN_TO_BE_REPLACED 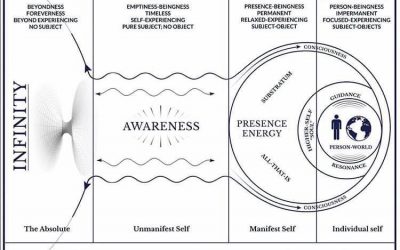 "vyutthāna—the several-minutes-long process of coming out of deep meditation, of moving from fully introversive awareness to the extroversive state. It is in this vyutthāna phase that we have a golden opportunity to integrate the former with the latter. Kṣema teaches...

END_OF_DOCUMENT_TOKEN_TO_BE_REPLACED 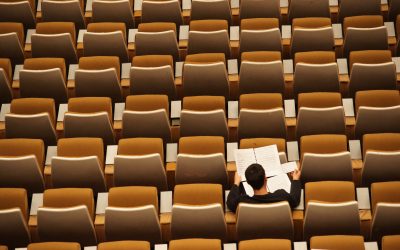